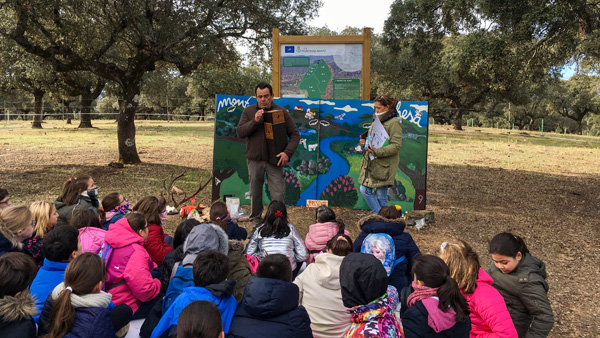 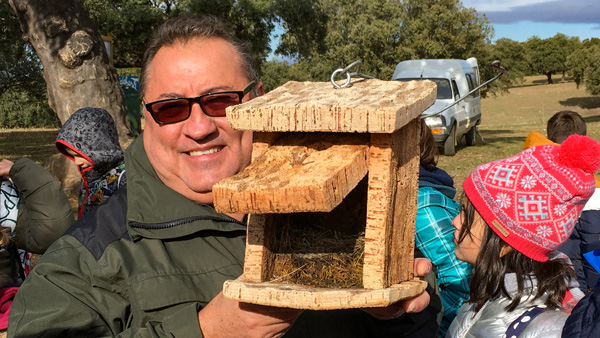 The Open Day at Dehesa del Guijo in Malpartida de Plasencia took place on November 15th. During the morning, an environmental awareness action was held for the CEIP Fray Alonso Fernandéz students. The activity was divided into two parts: the LIFE Montado-Adapt panel, where they learned a little more about the Montado/Dehesa and participated in the product show and a tour on the pilot area, to verify the occupation by birds and bats of nest boxes and biodiversity boxes installed at the beginning of the year. The activity was attended by members of the Monfragüe National Park and Paco Volante, creator of the biodiversity boxes. 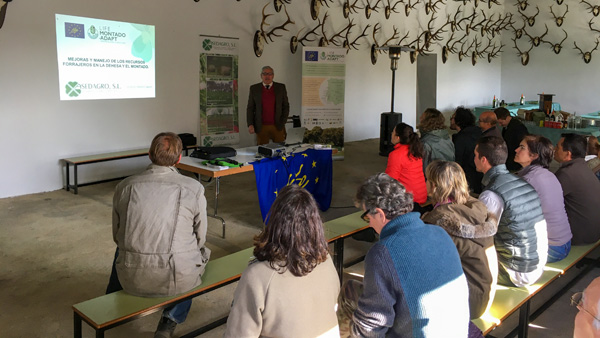 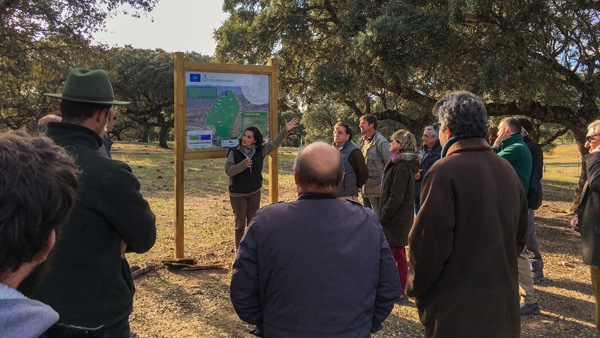 The afternoon for the adult public began with a presentation on the improvement and management of fodder resources by Asedagro. Later, Paco Volante presented the biodiversity boxes, designed for species of birds of different sizes, bats, solitary wasps / bees and pollinating insects. Finally, on the field trip, there was time to observe the evolution of pasture improvement, aromatic planting, as well as nest and biodiversity boxes.
Copyright © 2017 ADPM. Todos os direitos reservados.
MENU