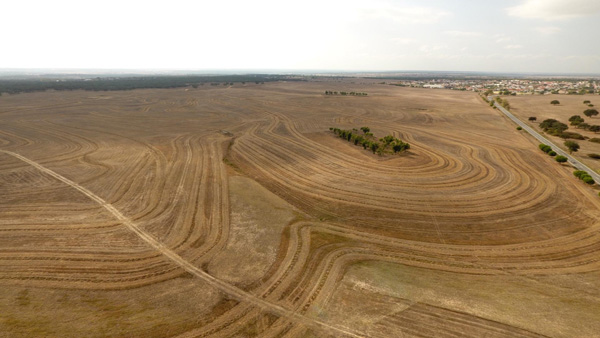 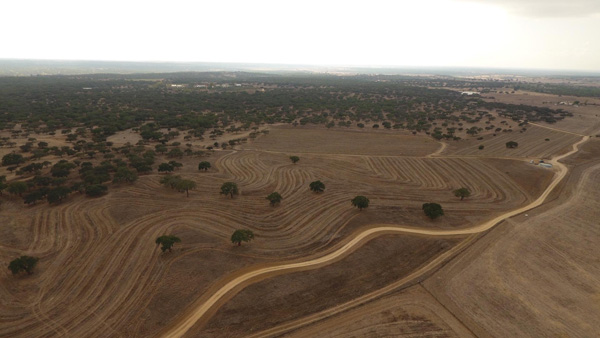 Australian P.A. Yeoman described, at the end of the first half of the 20th century, a system of slightly "off" contour sub- soil ripping to control rainfall run off and enable fast flood irrigation of undulating land without the need for terracing.

The term Keyline comes from the reference to a “keypoint”, or point of inflection & deposition in a primary valley, where the lower and flatter portion of a primary valley floor suddenly steepens.  Inside the valley limits plough patterns are generated using a plough specially developed to promote the infiltration of water efficiently and keep it in the soil as long as possible. By spreading and infiltrating water, the process of soil formation and carbon fixation is promoted, making it possible to restore degraded pastures in a profitable, fast and low-maintenance way, with a huge reduction in water lost to evaporation.

This allows non- inversion cultivation to effectively move water out from moist valleys to drier ridges, thus creating a more even distribution of water that traverses through the soil at a slower rate, which can counteract compaction and erosion,  while promoting deeper rooting and soil formation.
Copyright © 2017 ADPM. Todos os direitos reservados.
MENU