Conservation Agriculture is a system of agronomic techniques that has the main goal of conserving the soil, reducing the impact of erosive processes that lead to the loss of arable land, and promoting the improvement of soil properties.

The term “Conservation Agriculture” emerged in the United States of America, following the occurrence of a devastating phenomenon known as Dust Bowl. In the 1930s, this event caused serious economic and environmental damage in the plains in the heart of the country, due to the erosion prompted by strong winds that swept large areas growing dryland grain crops, where intensive soil tillage practices had eliminated the soil’s vegetation cover and led to years of drought. The bareness and dryness of the land combined with particle fragmentation and the frequent strong winds originated big clouds of dust, which ravaged vast areas for years, causing the death of people and animals. 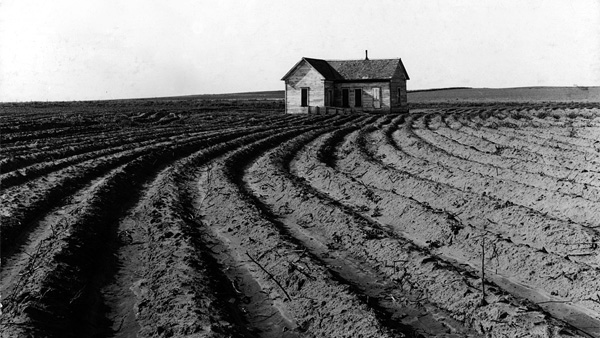 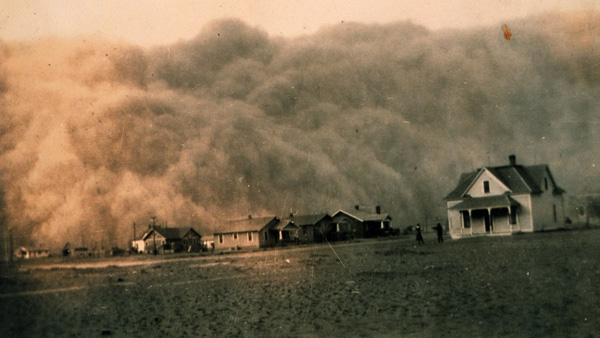 This phenomenon contradicted the idea, which prevailed at the time, that the soil was an indestructible, immutable, and inexhaustible resource. In its aftermath, there was thus the need to abandon the continued use of deep soil preparation techniques and to conceive new forms of preparing the soil and novel cultivation methods, in order to ensure the recovery of degraded soils and to safeguard the food safety of a large segment of the North American population.

In Europe it is in the Iberian Peninsula that the greatest risk of soil erosion is registered, with more than 80% of soils at high or moderate risk of erosion. The average erosion rate is estimated to be 17 tons per hectare per year, surpassing, in the most affected regions, values of 20 to 40 tons of soil per hectare after a rainfall. These values greatly exceed the average rate of soil formation, which is estimated to be around 1 ton per hectare per year.

Aside from erosion, there are other factors that lead to soil impoverishment: the loss of fertility, the reduction of organic matter, changes in soil structure, the decrease of porosity and water storage capacity.

According to FAO, the Food and Agriculture Organization of the United Nations, Conservation Agriculture is based on three fundamental principles: minimal soil disturbance, ground cover maintenance and crop diversification or rotation.

Minimal soil disturbance: no-till farming or minimal mobilization
In nature, vegetation develops vigorously on land that has never been mobilized. It is based on this principle that the concept of direct seeding arose, a technique that uses a sower developed especially for this purpose, which cuts the residues covering the soil surface and opens a furrow, with sufficient section and depth to deposit the seed and the necessary fertilizer, and then cover it. In other words, only the seed row is mechanically mobilized, in a very superficial manner, by the sower.

Another method is the minimum tillage or mobilization in the line systems, with the use of implements – scarifiers – that only mobilize the soil vertically, without plowing its horizontal layers and without incorporating surface residues from the previous culture. Thus, it is possible to keep a large part of the soil structure unaltered, maintain the coverage of residues, reduce erosion, avoid sudden changes in soil temperature and contribute to increasing the soil’s organic matter content. 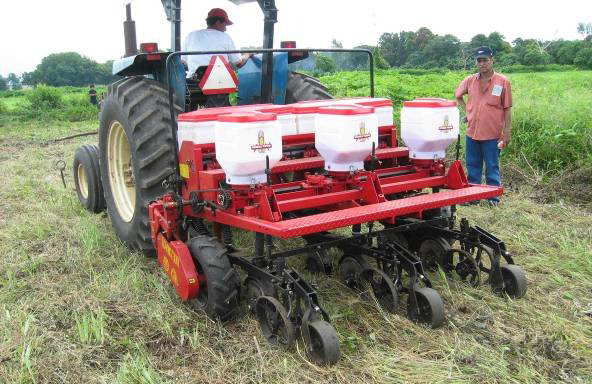 Maintaining the soil organic cover, whether due to the existence of vegetation or the maintenance of plant residues from previous crops, allows greater protection of the soil against water and wind erosion, reduces surface runoff, provides nutrients to the soil and increases its moisture, by promoting greater water infiltration and reducing the rate of evaporation.

This measure applies both to temporary crops, in the span of time between different cultures, and to permanent crops (orchards or forests) with the maintenance of cover between rows.

The objective is to diversify the number of plant species, in time or space, with the purpose of creating multifunctionality on farms. In the case of plantations with a single species in each plot, the same culture should not be repeated successively in the same place, to avoid the establishment of specific pathogens for the cultivated species. 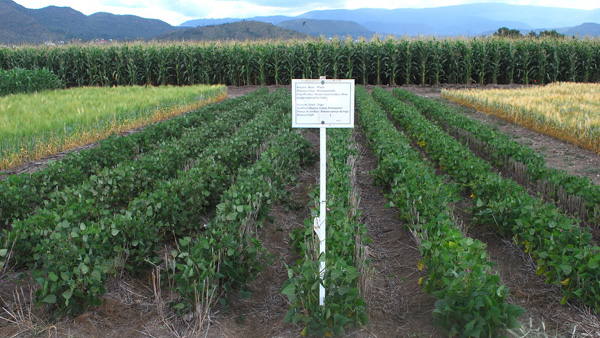 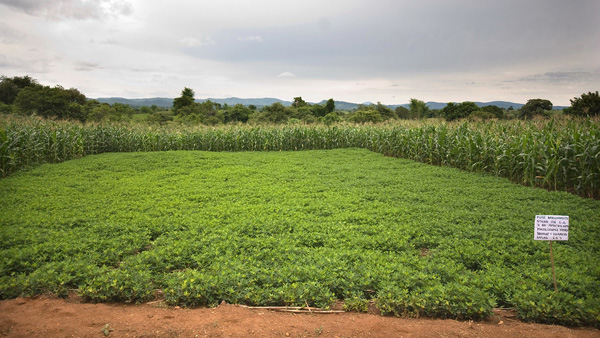